What Is Theological Science?


Theological Science is a new process of scientific reasoning on the ancient Truths of Life. The Knowledge, instruction, and guidance offered by The Theolgical Science Soceity has always been known as The Wisdom Religion. 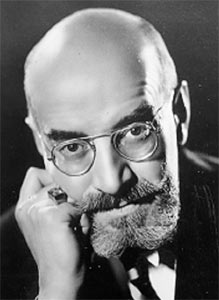 Dr. Hugh G. Carruthers, Initiate-Adept, Rabind Rama Bodhisat, XI, is the appointed Interpreter of The Wisdom Religion of the ancient School of The Occult Mystics. He founded The Theological Science Society, International, for the sole purpose of imparting the Knowledge of The ancient Wisdom to all Seekers after The Truth of Being.

Theological Science is Wisdom regarding Deity, or The Infinite Omnipresence, or God -- for those who can understand that God is ALL ... All things ... and In All.

Theological Science is Wisdom regarding Nature - for the man and woman who can appreciate the statement in The Bible that "God cannot be measured."

Theological Science is a knowledge of the Laws which govern the evolution of the physical, astral, psychical and intellectual constituents of Nature and of Man, AND NOT a belief, or dogma formulated or invented by man.

Theological Science knows that the whole is constituted of the visible and the invisible, and perceiving outer things and objects to be but transitory. It grasps the facts of Nature, both without and within. It is, therefore, complete in Itself and sees no unsolvable mysteries anywhere; It throws the word "coincidence" out of Its vocabulary and hails the reign of Law in everything and every circumstance.

That Man possesses an immortal soul is the common belief of humanity; to this Theological Science adds that He IS a Soul; and therefore that All nature is sentient; (feeling) that the vast array of humans and objects are not a mere collection of atoms fortuitously thrown together and thus without law evolving Law, but down to the most infinitesimal atom All is soul and spirit ever evolving under the rule of Law which is inherent in the Whole.

And just as the ancients taught, so does Theological Science and Its Founder: that the course of evolution is the drama of the Soul and that Nature exists for no other purpose than the soul's experience.